Researchers analyzed 21 systematic reviews published between January 1, 2011, and June 30, 2016. Of these, 11 analyzed serious AEs as the primary outcome, and the remaining 10 considered serious AEs secondary endpoints. The reviews were screened for quality.

This research found that the studies investigated largely agreed that anti-VEGF treatments were not associated with an increased risk of serious AEs in eye indications; 10 reviews studied patients with AMD that included 2 to 12 randomized controlled trials (RCTs) each, and overlapping comparisons were observed for 7 reviews. Six reviews studied patients with DME, and included 4 to 18 RCTs each, with overlapping comparisons found in 4 reviews. Lastly, 3 reviews analyzed serious AEs as the primary outcome and included patients with all 3 diseases.

The authors noted some potential limitations of the study: reviews were only included if they reported 95% confidence intervals for serious AEs. In addition, researchers did not re-extract data from original research, which was deemed to be outside the scope of their review. Finally, the risks related to the duration of various treatments as well as AEs related to drug doses were not analyzed due to data not being reported in the included meta-analyses.

The overview of prior reviews and meta-analyses suggests that anti-VEGF treatments do not increase the risk of AEs. However, the authors advise caution in older patients with AMD who may be at a higher risk of hemorrhagic events when taking ranibizumab. 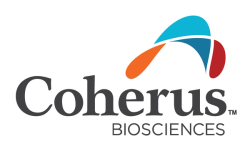