Arrow Declarations Are an Emerging Feature in the Biosimilar Patent Landscape

In the US context, legal issues surrounding patents are often cited as one of the main hurdles to biosimilars. Despite the fact that patents on innovator drugs are often fewer in Europe, the patent landscape in the European Union remains complex and continues to evolve. During the SMi 10th Annual Biosimilars Conference, Gregory Bacon, DPhil, GDipIPLaw, partner at Bristows LLP, gave attendees a closer look at one emerging feature of the EU patent landscape that is of particular concern to biosimilar developers: the Arrow declaration.

In the US context, legal issues surrounding patents are often cited as one of the main hurdles to biosimilars. Despite the fact that patents on innovator drugs are often fewer in Europe, the patent landscape in the European Union remains complex and continues to evolve. During the SMi 10th Annual Biosimilars Conference, Gregory Bacon, DPhil, GDipIPLaw, partner at Bristows LLP, gave attendees a closer look at one emerging feature of the EU patent landscape that is of particular concern to biosimilar developers: the Arrow declaration.

In an Arrow declaration, named after a 2007 case involving Arrow Generics and Merck, a court may use its discretionary power to grant a declaration that a product was known or obvious at the date of a patent application; this declaratory relief, explained Bacon, is not intended to shield a biosimilar or generic developer from allegations of patent infringement on existing patents, but to offer protection against claims of infringement on patents that may be granted in the future and that could stymie biosimilar or generic product’s launch.

“You’re not attacking a granted patent…you’re basically saying, I want some protection for my process,” said Bacon, adding that the key feature of an Arrow declaration is an absolute defense from any patent from the same family later being asserted against a biosimilar’s development process. “It’s extremely powerful.”

Currently, said Bacon, the EU nations most willing to grant Arrow relief are the United Kingdom and the Netherlands. In fact, it was the UK court that granted the first such declaration in a biosimilar dispute between Humira-maker AbbVie and biosimilar developer Fujifilm over the biosimilar adalimumab that later came to the European market as Mylan’s Hulio.

Fujifilm, said Bacon, was concerned about clearing patents related to Humira as it readied its biosimilar for a 2018 launch. In 2015, the biosimilar developer started to challenge AbbVie’s patents, and eventually, 2 key patents were revoked. In the meantime, Fujifilm was also concerned that AbbVie might seek new patents to add to its so-called patent thicket— “Some people might call it patent forest,” said Bacon—and pursued Arrow declarations.

Bacon explained that AbbVie attempted to avoid a trial by stating that it would not attempt to assert new UK patents against Fujifilm, but the biosimilar developer pursued a trial on the merits, and “AbbVie couldn’t get out of this litigation.”

As a result of the trial, Fujifilm secured its Arrow declarations, in which the court said that importing the biosimilar into the UK market and selling it for the treatment of rheumatoid arthritis and for psoriatic arthritis would have been obvious or anticipated. These declarations were granted because they served a useful purpose of providing commercial certainty, promoted a settlement, and had value for providing certainty in other EU nations. The court also considered AbbVie’s conduct, which Bacon said included threatening litigation and issuing statements about its plans to be aggressive about defending itself from biosimilar competition.

Bacon said that, while Fujifilm Kyowa Kirin Biologics v AbbVie may have been an extreme case, it appears that Arrow declarations are here to stay; one recent case involving GlaxoSmithKline (GSK) versus Vectura over formulations used in dry powder inhalers relied on the decision in Fujifilm v AbbVie. In the trail, which will head to appeal in January 2020, 5 patents held by Vectura were revoked, and an Arrow declaration was granted.

One other recent case is of particular interest to EU biosimilar stakeholders: Pfizer Ltd v F. Hoffmann-La Roche AG. In this case over bevacizumab, there were 3 patent families for Avastin that Pfizer was interested in clearing as it prepares for the eventual launch of its biosimilar bevacizumab, Zirabev. Hoping to avoid litigation, Roche “pressed the nuclear button in this case” by deciding to abandon UK patent protection for Avastin in full and arguing that such a move meant that Pfizer had no need for declaratory relief.

Pfizer chose to push ahead, however, which Bacon said was for “spinoff value” in other EU markets; Pfizer could potentially use an Arrow declaration to help it gain certainty in other countries (particularly Belgium, from which Pfizer sought to supply bevacizumab to the rest of Europe).

“Roche was particularly aggrieved by the case going to trial,” Bacon said, because it hoped to avoid a technical discussion of the merits of its patents. Eventually, the judge in this matter dismissed the request for Arrow declarations, saying that it was improper for the UK court to make decisions for other EU nations.

Yet according to Bacon, Pfizer may have, in some sense, emerged a winner: the judge in the case suggested that it was likely that the patents held by Roche could be invalidated. Thus, there may be a potential to address those patents elsewhere. Even without an Arrow declaration, said Bacon, “Pfizer could be said to have got a lot out of this case.” 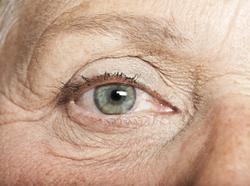