At ANA 2019, Studies Detail the Role of Eculizumab in MG as Competitive Therapies Advance

October 14, 2019
The Center for Biosimilars Staff

While eculizumab is being targeted by multiple biosimilar developers who are in phase 3 clinical trials with their competitive products, spending on eculizumab is reaching concerning levels; as such, it is increasingly important to clarify eculizumab’s place in the treatment paradigm for myasthenia gravis (MG).

Among the biologics poised to have the greatest impact on drug spending in the United States is eculizumab (Soliris), a rare disease therapy treats, among other indications, the neuromuscular disorder myasthenia gravis (MG). While the drug is being targeted by multiple biosimilar developers who are in phase 3 clinical trials with their competitive products, spending on eculizumab is reaching concerning levels; a recent Prime Therapeutics report implicated eculizumab as having a role in the growth of so-called “super spenders,” or patients whose drug costs total more than $250,000 each year.

As such, it is increasingly important to clarify eculizumab’s place in the treatment paradigm for this rare disorder; during this week’s 2019 meeting of the American Neurological Association, held in St. Louis, Missouri October 13-15, 2 research teams from the University of California system reported on experience with eculizumab in MG.

First, researchers from the University of California, Los Angeles, will report on 3 patients with MG who were successfully treated with eculizumab.1 The patients, all adults in their twenties, had been treated with other therapies. The first patient was refractory to rituximab and intravenous immunoglobulin (IVIG) and had also received a thymectomy, but had multiple intubations. The second also had multiple intubations despite thymectomy. The third had a history of thymectomy, rituximab, and IVIG.

All 3 of the patients initiated treatment with eculizumab, and they “reported significant improvement of their symptoms including generalized muscular weakness on subsequent clinic follow-ups.” Each of the patients reported significant improvement in activities of daily living, and the therapy was well tolerated. “This warrants further research regarding cost effectiveness, duration of treatment, long-term efficacy and tolerability of eculizumab,” say the researchers.

As to the question of whether eculizumab can be discontinued after a patient receives treatment, researchers from the University of California, Irvine, reported on the experience with 1 patient who successfully stopped treatment after achieving a response.2

The patient, who experienced a myasthenic crisis despite weekly IVIG and high-dose corticosteroids, had a rapid, clinically meaningful response to eculizumab. This sustained response allowed a “substantial” reduction in steroid use, and after 8 months, eculizumab was withdrawn without a taper. Over the next 5 months, the patient did not show any decline in function, and did not have disease exacerbation. This patient, say the researchers, is the first documented case of eculizumab discontinuation with extended follow-up.

Even as clinicians seek to better understand the role of eculizumab in treating MG, new treatments for the disease are being investigated, and could potentially make the high-cost drug obsolete; also presenting research at ANA is Sangwook Oh, PhD, of the University of Pennsylvania, who says that chimeric autoantibody receptor (CAAR) T-cell therapies could be used to cause potent, targeted B-cell depletion, leading to long-term MG remission.3

Oh describes research in which CAARs expressing muscle-specific kinase (MuSK), antibodies to which are found in approximately 4% of patients with MG, were generated; these CAARs directed T-cell cytotoxicity toward cells expressing anti-MuSK B-cell receptors. These CAAR T cells cause specific cytolysis of anti-MuSK target cells, but not other antigenic specificities. Ultimately, says Oh, using CAAR-T could prove to be a novel strategy for targeted B-cell depletion in MG.

Other treatments for MG are also advancing, however; last week, drug maker UCB announced that it has entered into a deal to acquire Ra Pharmaceuticals along with its proposed C5 complement inhibitor, zilucoplan. The drug is intended to be a self-administered, once-daily, subcutaneous therapy, and is currently in phase 3 development. UCB is also developing another proposed MG therapy: rozanolixizumab, a proposed FcRn-targeting antibody, also in phase 3 studies. 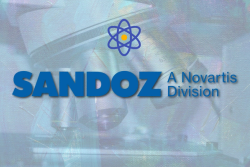