Korean drug maker Celltrion announced that it has completed enrollment in its phase 3 clinical trial of CT-P17.

Korean drug maker Celltrion announced that it has completed enrollment in its phase 3 clinical trial of CT-P17, a proposed biosimilar adalimumab, in patients with rheumatoid arthritis (RA).

The company said that it completed enrollment for the study ahead of schedule, which will allow it to complete the trial early, with the aim of an expedited product launch.

Separately, Celltrion announced that it has been in discussions with the FDA about its proposed subcutaneous formulation of CT-P13 (Inflectra, Remsima), a biosimilar infliximab product. According to a company statement, phase 1 and phase 2 trials for the subcutaneous formulation of the product will be exempted from the product’s clinical program, and only phase 3 trials will be conducted. The company says that this streamlined plan will reduce development costs and potentially facilitate early US launch of the product.

Celltrion says that it will conduct its phase 3 program in the United States in patients with inflammatory bowel disease, which it called the major indication for the US infliximab market.

In addition to making an appealing choice for patients who are satisfied with treatment with intravenous infliximab but who prefer a subcutaneous route of administration, the new formulation of CT-P13, said Celltrion, could compete with brand-name Humira, another subcutaneously administered anti—tumor necrosis factor therapy.

Currently, the subcutaneous formulation of CT-P13 is under review by the European Medicines Agency (EMA). Celltrion expects the EMA’s Committee for Medicinal Products for Human Use to deliver an opinion on the proposed formulation in the second half of 2019. 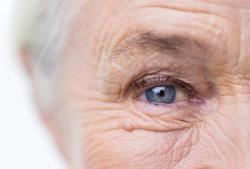