November 27, 2019
The Center for Biosimilars Staff

Coherus BioSciences and Amgen have reportedly settled a patent lawsuit over biosimilar adalimumab.

Coherus BioSciences and Amgen have reportedly settled a patent lawsuit over biosimilar adalimumab.

Bloomberg Law said the notice of agreement, approved this week in federal court in Wilmington, Delaware, gave no further details. In the suit, Coherus claimed Amgen’s adalimumab biosimilar, Amgevita, referencing AbbVie’s Humira, infringes 4 patents for its own biosimilar version of the same reference.

Amgen launched Amgevita in Europe in October 2018, but the product is made in the United States, a fact that gave rise to the suit. According to Coherus’ original complaint, US production constitutes infringement on 3 of Coherus’ US patents, and this infringement warrants an award of damages.

Later, Coherus amended its complaint to include alleged infringement of a fourth patent, directed to the stable aqueous pharmaceutical composition of adalimumab.

Recently, Alexandra Valenti, JD, associate at Goodwin, discussed the case with The Center for Biosimilars® in an interview. According to Valenti, the case was interesting from a strategic standpoint: “Amgen is set to be the first adalimumab biosimilar launch in the United States in January of 2023. Coherus won’t launch until December 2023 under its agreement, and so the suit presents and interesting scenario because all Coherus can really hope to achieve is to keep 1 of 7 potential biosimilar competitors off the market,” said Valenti. “It is an interesting case from that perspective to understand what Coherus is hoping to achieve with the suit.”

Valenti said that she sees the potential for more such suits among different biosimilar developers over various formulations, processes, and other product features, but “the question will be how successful will they be and what will their effects be on the market landscape.” 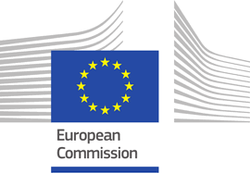