Data on Complement Inhibitors and Proposed Biosimilars Feature at ASH

During this week’s 61st meeting of the American Society of Hematology (ASH), researchers reported on eculizumab, a prospective biosimilar, and the long-acting ravulizumab.

Eculizumab, a C5 complement inhibitor, has changed the treatment landscape for several rare diseases, including paroxysmal nocturnal hemoglobinuria (PNH), myasthenia gravis, and atypical hemolytic uremic syndrome. However, the drug, sold by developer Alexion as Soliris, is among the most expensive biologic therapies in the world—carrying a cost of approximately $500,000 per patient per year—and that cost has an impact on patient access.

Multiple biosimilar developers are taking aim at eculizumab, however, and at the same time, Alexion is continuing to invest in longer-acting successor to eculizumab as biosimilars draw closer. During this week’s 61st meeting of the American Society of Hematology (ASH), researchers reported on eculizumab, a prospective biosimilar, and the long-acting ravulizumab.

Amgen is developing ABP 959, a proposed biosimilar eculizumab, and the product has previously been reported to have pharmacokinetic (PK) and pharmacodynamic equivalence with the reference Soliris.

During ASH, researchers reported on an assessment of the relationship between PK parameters and antidrug antibodies (ADA) for the proposed biosimilar and the reference.1 Their data derive from a randomized, double-blind, single-dose, 3-arm, parallel-group study in healthy male volunteers.

In those who had binding ADAs, PK was within the same range as it was in those without any ADAs detected, write the authors. Furthermore, the incidence of ADAs was similar between products, and did not impact the overall PK similarity assessment.

Relatively few US patients with PNH start treatment with eculizumab

Complement inhibition is becoming the standard of care in treating PNH, but given the fact that PNH is a rare disease, little is known about how patients are managed after diagnosis in real-world practice.

Using Truven US MarketScan commercial and Medicare data from 2015 to 2018, researchers sought to estimate the incidence and prevalence of PNH and to describe real-world treatment in patients who are newly diagnosed with the blood disease.2

At 1 years, approximately one-third of patients had discontinued eculizumab or taken a break in treatment.

Future studies should explore factors related to initiating eculizumab, say the researchers, as well as those related to treatment persistence.

Meanwhile, ravulizumab, Alexion’s longer-acting C5 complement inhibitor that offers less frequent administration than eculizumab, was also the subject of a presentation of new data; researchers presented 1-year efficacy and safety data from a phase 3 study in patients with PNH who had received eculizumab and transitioned to ravulizumab.3

Patients in both groups showed a durable response for percent change in lactate dehydrogenase (LDH) at 52 weeks; patients in the ravulizumab-only group had an 8.8% increase in LDH from baseline (SD, 29%), while pts in the switch group had 5.8% (SD, 27%) change.

According to the researchers, ravulizumab continues to be well tolerated at week 52, with no new safety concerns arising in the extension, and the drug appears to have durable efficacy.

2. Jalbert JJ, Chaudhari U, Zhang H, Weyne J, Shammo JM. Epidemiology of PNH and real-world treatment patterns following an incident PNH diagnosis in the US. Presented at: The 61th Annual Meeting and Exposition of the American Society of Hematology; December 7-10, 2019; Orlando, FL. Abstract 3407.

3. Kulasekararaj A, Hill A, Langemeijer S, et al. One-year efficacy and safety from a phase 3 trial of ravulizumab in adult patients with paroxysmal nocturnal hemoglobinuria receiving prior eculizumab treatment. Presented at: The 61th Annual Meeting and Exposition of the American Society of Hematology; December 7-10, 2019; Orlando, FL. Abstract 2231. 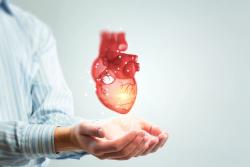