Yesterday, the federal circuit affirmed a district court’s decision in a patent dispute between Amgen and Sandoz.

Yesterday, the federal circuit affirmed a district court’s decision in a patent dispute between Amgen and Sandoz.

The case was an appeal of 2 decisions by the United States District Court for the Northern District of California in Biologics Price Competition and Innovation Act (BPCIA) patent infringement actions brought by Amgen against Sandoz. The district court granted a summary judgment of noninfringement of patents covering filgrastim and pegfilgrastim. The patents are related to purification of proteins and methods of treatment.

With respect to the patent covering protein purification, the district court treated the filgrastim and pegfilgrastim BPCIA cases together. In reviewing the district court’s summary judgment of noninfringement, the federal circuit considered Amgen’s claim that the district court had misconstrued the claims of the patent, and that Sandoz’s process was largely the same as Amgen’s patented process, and infringed on a patent claim through the doctrine of equivalents, a means by which a patent holder can claim infringement even if not all elements of the patented invention are identical in the allegedly infringing process. The federal circuit agreed with Sandoz, however, that the biosimilar developer’s process does not function in the same way as Amgen’s.

With respect to the patent covering a method of treatment, Amgen had argued that the district court misconstrued the limitation of the patent’s claim and that the claim should encompass situations where a chemotherapeutic agent is used in a patient to mobilize stem cells, rather than to treat an underlying disease. The federal circuit disagreed with Amgen, saying that if the company wanted to claim a method of mobilizing stem cells in any context, it could have done so, and different claim terms must be presumed to have different meanings.

In an email to The Center for Biosimilars®, Ha Kung Wong, JD, partner at Venable LLP, said that the decision largely maintains the status quo in demonstrating the difficulty of proving infringement under the doctrine of equivalents.

Additionally, said Wong, the court did discuss determination of infringement of biosimilars while abbreviated Biologics License Applications (aBLAs) are pending FDA review. “The approval process may impact the exact characteristics of the approved biosimilar product (ie, it may change the product so that it will result in a different analysis of infringement),” he wrote.

“In the Hatch-Waxman context, it’s been relatively settled that a court has [a] ‘broad mandate to render a just, speedy, and inexpensive decision based upon the evidence of record’ and not have to wait for the final approved product to determine infringement.” Such an understanding, wrote Wong, appears to be extended to the aBLA context in this decision, as the court concluded that “the district court was not obligated to postpone summary judgment [of noninfringement] until Sandoz submitted its amended…aBLA.” Instead, the federal circuit affirmed the noninfringement determination made by the district court based on the evidence in record. 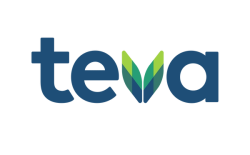 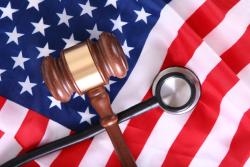 Contributor: The Trouble With IP for Digital Health and Precision Medicine