Imron Aly, JD: The Issues at Stake in Oil States

Speaking with the The Center for Biosimilars® the day before the Supreme Court of the United States ruled in Oil States Energy Services, LLC, v Greene’s Energy Group, LLC, Imron Aly, JD, partner at Schiff Hardin, LLP, explained the issues at stake in the case.

What are some of the issues at stake in the Oil States case?

So what that will end up meaning is, 1 of 3 things could happen. One, the Supreme Court could say that [inter partes reviews, IPRs] are not constitutional, and that means that no one can use that way to challenge validity of a patent. The second thing that could happen is the same thing, but only for a prospective, going forward, nature—saying that what’s happened has happened, but going forward, no one can use that system. Third—what I think most people are predicting would be likely to happen—is that the Supreme Court would say, they’re constitutional, and perhaps limited in certain ways of executing them, or requiring procedural safeguards for when and how they’re used, but that they’re likely to be constitutional. So those are some of the issues at stake. 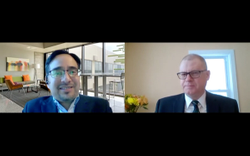