Pfizer and Organon Provide a Glimpse of Biosimilars Strategy

Pfizer doubles down on its pledge to fight rebates, and Organon executives discuss the growth potential of this planned Merck spinoff.

Rebates that manufacturers use to incentivize formulary placement of their products by payers and pharmacy benefit managers (PBMs) have long been seen as an obstruction to patient access to biosimilars. An innovator drug company can manipulate the market for its products through rebates and thereby undercut the market absorption of biosimilars.

In remarks issued with 2021 first quarter earnings statement, Pfizer Chairman and CEO Albert Bourla said the company continues to work with legislators to ensure that manufacturer rebates are passed along to patients in the form of savings, rather than going into the pockets of payers and PBMs.

“At the state level, we have focused our efforts on meaningful solutions to directly address patient affordability challenges. This includes legislation to require that 100% of negotiated rebates be passed through to consumers at the pharmacy counter. We have also worked with state policymakers to advance legislation in several states ensuring that patient assistance provided by manufacturers will count toward the patient’s deductible and out-of-pocket maximums,” Bourla said.

On the national level, Pfizer is working with the Biden administration and lawmakers to improve patient access also, Bourla said. “Specifically, there are 3 key areas where we would like to see Congress and the administration focus: rebate reform, capping beneficiary cost-sharing in Medicare Part D, and incentivizing the uptake of biosimilars.”

Pfizer reported first quarter 2021 revenues of $14.6 billion, up 45% from the comparable year-ago quarter, and stated that increased biosimilar revenues partly helped fuel this growth, although the bulk of the revenue increase stemmed from $3.5 billion in sales of Pfizer’s COVID-19 vaccine, BNT162b2. Net income was $4.9 billion, also a 45% improvement. Without the vaccine revenue, Pfizer’s sales increased 8%.

During the first quarter, Pfizer announced it was withdrawing from biosimilars production within the China market. In 2016 it began an ambitious $350 project to build a biosimilars manufacturing center in Huangzhou. The factory was built, but Pfizer said in March it had made a difficult decision to discontinue production activity in China and sell the installation to WuXi Biologics, a China-based company. Although Chinese government reforms have improved the market for biologics producers, it remains challenging for foreign producers.

Organon, the planned Merck biosimilars and women’s health products spinoff slated to go public in June 2021, was featured in a presentation. Officials of the new Organon enterprise said they are counting on sales growth from the following biosimilars: Renflexis (infliximab) in the United States, Aybintio (bevacizumab) in the European Union, and Hadlima (adalimumab) in Canada and Australia. Hadlima is scheduled to launch in the United States in 2023.

Organon will also market the etanercept biosimilar Brenzys, which the company says is the market share leader in Canada.

Organon will sell these biosimilars in partnership with Samsung Bioepis of Republic of Korea. Merck is also handing its trastuzumab (Ontruzant) biosimilar franchise over to Organon.

Organon said it aims to launch Aybintio in the European Union. The US launch of Hadlima is scheduled for 2023. Additionally, Organon will partner with more biosimilar manufacturers and aims to launch 1 to 2 biosimilars each year, particularly by strengthening its existing 8-year partnership with Samsung Bioepis.

For starters, Organon will focus on capturing a larger share of immunology and oncology markets for biosimilars, but it is also interested in the ophthalmology biosimilar market.

The company is based in Jersey City, New Jersey, but Organon revenues are expected to derive mainly (80%) from sources outside the United States. No single product is expected to represent more than 11% of its total revenue. Its portfolio consists of more than 60 medicines and products.

"Organon, as a standalone company, will be better positioned to realize its potential and to have a meaningful impact, particularly in women’s health,” said Rob Davis, president, Merck.

Teva Announces US Launch of Lenalidomide, Generic of Revlimid 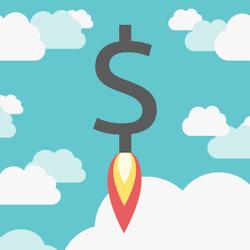