Pharma Companies Raise Prices on More than 250 Drugs in 2019

After several pharmaceutical companies agreed to halt drug price increases in 2018 after receiving pressure from the Trump administration, the industry has kicked off 2019 with price increases on more than 250 prescription drugs.

After several pharmaceutical companies agreed to halt drug price increases in 2018 after receiving pressure from the Trump administration, the industry has kicked off 2019 with price increases on more than 250 prescription drugs.

According to an analysis from Rx Savings Solutions, reports Reuters, dozens of drugs produced by companies such as Allergan and Hikma Pharmaceuticals saw average price increases of nearly 6.3% in the new year, with Allergan raising list prices on 50 plus drugs, and more than half of these by 9.5%. Similarly, Hikma raised the price of its morphine product by 10%, and of its blood pressure medication, enalaprilat, by 30%.

However, the overall number of price increases was down by around one-third from 2018, when, according to the analysis, drug makers raised prices on more than 400 medications.

Though the price hikes are off to a more cautious start industry-wide than years past, Michael Rea, founder and chief executive of Rx Savings Solutions, told Bloomberg that he believes that many pharma companies will wait until after the first week of January to institute most price hikes, as, historically speaking, that is when most pricing activity has taken place. “People will play the game differently to avoid the spotlight and fly under the radar,” he indicated.

One company that has already instituted price increases is reference adalimumab developer AbbVie. The drug maker has increased the price of Humira, the top-selling drug worldwide that does not face US biosimilar competition until 2023, by 6.2%. Though earnings for the full year of 2018 have not yet been released, the drug is estimated to have earned nearly $20 billion in sales.

In mid-2018, Pfizer was the first to announce a 2018 price freeze on its drug products, followed by other large drug companies such as Merck, Roche, and Novartis. However, when announced, these price freezes faced public scrutiny as to whether patients would actually realize any benefit. Several analysts shared their doubts, explaining that the freeze was enacted after certain companies already completed their price hikes, or companies had lowered the prices on drugs that made up less than 0.1% of total sales.

The Trump Administration has focused on lowering drug prices and has proposed numerous policy changes in an effort to address the problem. However, propositions including the American Patients First blueprint, and the more recently announced International Pricing Index are still in their early stages and require legal and congressional input before patients’ wallets could feel any relief from these efforts. 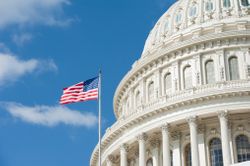