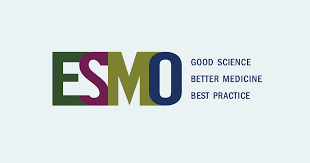 Biosimilars from Samsung Bioepis have demonstrated equivalency in clinical trial and real world settings, according to 2 prominent cancer specialists.

Recent clinical and real world evidence for Samsung Bioepis biosimilars for bevacizumab and trastuzumab support use of these products in place of the reference versions, David Planchard, MD, and Mark D. Pegram, MD, said at the European Society for Medical Oncology Congress Virtual 2020, in a review of study findings.1

“People may know that biosimilars save money overall, but want to see that the data prove clinical similarity in a very controlled setting as well as in the real world,” said David Planchard, MD, of Institut Gustave Roussy (IGR) in Villejuif, France. Planchard serves as associate professor of medicine with the Thoracic Tumor Board at IGR.

Planchard noted that SB8 and the bevacizumab reference product (Avastin, BEV) have an “identical primary amino acid sequence and have demonstrated highly similar structural, physiochemical and biological properties.” A phase 3 trial randomized 763 patients with non–small cell lung cancer roughly equally to SB8 and BEV.1,2 Of those, 258 completed induction treatment with SB8 and 277 with BEV. The mean age of patients was 60.2 vs 60 in the respective arms.

He noted that a 56% pathological complete response rate (pCR) was noted in 215 Danish patients with HER2-positive breast cancer who received neoadjuvant chemotherapy plus SB3 plus pertuzumab, which he said was exactly comparable to historical trial evidence for the reference drug (Herceptin).

“Indeed, 68% of patients treated in the neoadjuvant setting with node-positive disease converted from lymph node–positive disease to lymph node–negative disease after treatment, so that’s also very reassuring and demonstrates the activity of this trastuzumab biosimilar when combined with pertuzumab,” he said.1

In a separate study involving real-world outcomes of 35 patients from Austria with HER2-positive breast cancer who received chemotherapy plus SB3 plus pertuzumab, the safety and efficacy profile of SB3 plus pertuzumab was consistent with that of the reference product in that combination. Significantly, 22 patients treated in the neoadjuvant setting achieved a pCR of 50%; none of the 35 patients had a decline in left ventricular ejection fraction (LVEF) of more than 10%; and 2 patients had an LVEF decline of ≤ 5% after treatment. “This is also very reassuring in terms of cardiac safety signals,” Pegram said.1

Importantly, Pegram said, “this recent real-world evidence supports the extrapolation of trastuzumab-dttb [SB3] to include combination [therapy] with pertuzumab.”

AmerisourceBergen Rep Previews the Year Ahead for Biosimilars: What’s Coming Down the Pipeline in 2022?