Researchers Report on Advances With Bevacizumab in Treating Eye Disorders

During this week’s Association for Research in Vision and Ophthalmology 2019 Annual Meeting, researchers presented new findings on the utility&mdash;and the delivery&mdash;of bevacizumab in eye disorders.

Despite the fact that bevacizumab does not carry an indication for the treatment of eye disorders, the anti—vascular endothelial growth factor (anti-VEGF) therapy is routinely used in treating these diseases, in many cases because of its favorable cost profile versus other anti-VEGF therapies. Once an approved biosimilar, Mvasi, enters the marketplace, costs for this therapy could drop even more. During this week’s Association for Research in Vision and Ophthalmology 2019 Annual Meeting, researchers presented new findings on the utility—and the delivery—of bevacizumab in eye disorders.

First, researchers reported that bevacizumab is an alternative to surgery for pyogenic granuloma, a growth that can occur on the surface of the eye after surgery.1

Typically, the granuloma itself must be treated surgically if unresponsive to steroid therapy, but in their study, researchers report that, in 2 eyes, injections of bevacizumab resulted in complete resolution of vascular lesions, and no adverse events (AEs) were noted.

Intralesional bevacizumab injection, write the authors, is safe and effective, and it presents an alternative to surgical intervention.

Next, another team reported on the use of prophylactic bevacizumab therapy to suppress radiation maculopathy, a common cause of vision loss following radiotherapy that can develop when radiation exposure exceeds tissue tolerance.2

The investigators conducted a retrospective chart review of patients treated with radiotherapy for choroidal melanoma between 2014 and 2017. Each eye, 16 in total, was treated with bevacizumab before the onset of radiation maculopathy.

According to the authors, prophylactic intravitreal bevacizumab therapy appears to be a well-tolerated method for preserving vision and preventing or delaying radiation maculopathy.

Finally, a research team described efforts to improve the delivery bevacizumab therapy in AMD through the use of injectable, biodegradable, bilayered capsules.3 Given that monthly intravitreal injections can be linked with AEs, researchers sought to develop a delivery device that allows for sustained drug release and preserved drug efficacy.

The capsules, which are an effort to address that need, allow for a sufficient payload of drug to be administered using a needle similar in gauge to that used in current intraocular implantation, and in a porcine eye model, allowed for sustained release over 6 months. The capsules showed minimal toxicity to retinal pigment epithelial cells, and the anti-VEGF maintained its antiangiogenic activity for 3 months.

According to the authors, this delivery approach represents a promising evolution in treatment for AMD and other eye diseases.

2. Powell B, Finger PT. Intravitreal bevacizumab for the prevention of radiation maculopathy. Presented at: Association for Research in Vision and Ophthalmology 2019 Annual Meeting; April 28-May 2, 2019; Vancouver, Canada. Abstract 1326. 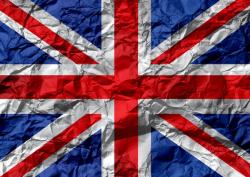