Romiplostim, sold as NPlate, is indicated for the treatment of thrombocytopenia in patients with chronic idiopathic thrombocytopenic purpura (ITP). ITP is a blood disorder that causes the destruction of and impairs production of platelets.

The rareness of the disease would potentially qualify the drug as an Orphan Drug, a designation reserved for treatments of diseases that affect less than 200,000 people. In the United States, ITP has a prevalence of 9.5 cases per 100,000 adults. In children, this number falls to 5.3 per 100,000.

The company hopes to begin comparative clinical trials of the romiplostim biosimilar in 2019.

“The company is evaluating completed batches to assess comparability and looks forward to finalizing this work in the anticipation of supporting clinical trials and approvals for commercial supply on patent expiry in Europe and USA,” said Mark Jackson, MD, research and administration group, Paras Biopharmaceuticals.

According to Paras, the global occurrence of ITP is increasing. Due to small patient size and high production costs, yearly ITP treatment in the United States can cost up to $55,250 per year for each ITP patient. Paras hopes to provide an affordable healthcare option to patients with ITP.

Paras currently has 8 other biosimilars in development for the treatment of various disease states, including osteoporosis, rheumatoid arthritis, metabolic diseases, and oncology.

“The development and implementation of this commercial-scale manufacturing process for romiplostim is not only good news for the company but the wider healthcare environment,” said Ashesh Kumar, MD, Paras’ chief executive officer and director, biologics and licensing. 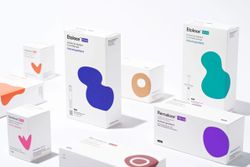