Switching to Anti-TNF Biosimilars Is a Feasible Treatment Choice in Uveitis, Study Finds

Noninfectious uveitis is an immune-mediated disease often associated with comorbid inflammatory diseases. Patients with noninfectious uveitis are estimated to have a 10-fold higher risk of blindness or low vision compared with individuals without these conditions, and while corticosteroids are a common treatment, effective corticosteroid-sparing therapies are necessary to maintain disease control without risking adverse events (AEs) linked with long-term steroid use. As such, the anti—tumor necrosis factor therapies, such as infliximab, etanercept, and adalimumab, are widely used to control inflammation.

In a new study, published in Frontiers in Pharmacology, researchers from Italy sought to fill in those gaps in the literature in a retrospective study of patients who underwent a switch to a biosimilar. They retrospectively enrolled 37 patients with noninfectious uveitis who were switched, and then measured the frequency of ocular flares before and after.

Before the switch took place, 16 ocular flares were observed over 12 months. After the switch, 14 flares were documented; no statistically significant differences were identified in the frequency of ocular flares (P = .84) and in the number of patients experiencing them (P = .39), and furthermore, visual acuity was maintained at the last follow-up visit versus the time of the switch. No serious AEs were observed after patients transitioned to biosimilars.

Notably, however, in all cases of flares post-switch, patients were receiving Flixabi, and all flares developed after month 3.

At the time of the switch, ocular structural complications were present in 9 patients, and at the last assessment, complications had arisen in 2 patients (with 3 eyes involved) who were treated with Imraldi.

According to the authors, “Our results suggest an optimal maintenance of uveitis control following the switch from originators to biosimilars,” though they note that further studies specifically addressing Flixabi will be necessary to confirm whether findings related to flares in patients receiving this biosimilar agent were a result of chance. 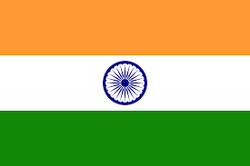