Biosimilar of High-Cost Agalsidase Beta Under Review in Japan

Drug manufacturer JCR announced last month that it has submitted a marketing approval in Japan for JR-051, a proposed agalsidase beta biosimilar referenced on Fabrazyme.

Drug manufacturer JCR announced last month that it has submitted a marketing approval in Japan for JR-051, a proposed agalsidase beta biosimilar referenced on Fabrazyme. JCR developed the drug in partnership with Amicus Therapeutics and GlaxoSmithKline.

JR-051, like its reference, is a recombinant human alpha-galactosidase A enzyme replacement therapy that is used to treat Fabry’s disease (FD), a rare, inherited disorder that affects 1 in 40,000 to 60,000 men (the disorder can also occur in women, though its prevalence is not known). The result of a mutation in the alpha-galactosidase A gene, patients with FD have a buildup of globotriaosylceramide in cells, which can adversely affect the functioning of the heart, kidneys, and other organs and lead to cardiac disease, stroke, renal failure, and early death.

According to a paper in Genetics in Medicine, the reference agalsidase beta, manufactured by Sanofi Genzyme, was subject to a global shortage in 2009 after a manufacturing process introduced viral contamination into the drug supply. During the shortage, patients were instructed by the European Medicines Agency (EMA) to reduce their dosages. An increased rate of serious adverse events associated with the drug was observed among patients who followed directions to reduce their doses, and the EMA subsequently recommended switching patients to other therapies.

The shortage posed such a dire risk for US patients with FD that patients petitioned the federal government to allow a Bayh-Dole “march-in” proceeding that would force Sanofi Genzyme to license its patent for the drug to additional drug makers. The National Institutes of Health determined that a march-in proceeding was not warranted, largely because a granting patent use rights to a third party would not solve the problem of the drug shortage in the short term, as clinical studies and regulatory approval would still be required before a biosimilar could be made available to patients in the United States.

Emergence of agalsidase beta biosimilars has the potential to prevent or mitigate the effects of any future shortages for this under-served patient population. Just as importantly, biosimilars have the potential to reduce the extraordinarily high cost of treatment associated with FD. In a report on specialty drugs spending, America’s Health Insurance Plans (AHIP) estimated that the originator agalsidase beta has an average wholesale price of over $300,000 per patient per year. A UK study on the cost effectiveness of enzyme-replacement therapies, including originator agalsidase beta, found that the cost to treat a patient with FD “exceeds the normal upper threshold for cost-effectiveness seen in NHS policy decisions by over six-fold,” but that the health system was left with “no option” but to provide the high-cost therapy. 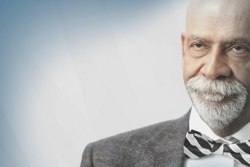