Cardinal Health: Oncologists’ Comfort With Biosimilars Is on the Increase

Survey results show that oncologists are embracing biosimilars not just in supportive care but for therapeutic uses also.

Biosimilars have become largely integrated within oncology therapeutic and supportive regimens, and surveys of oncologists indicate these professionals are increasingly comfortable with not only using these agents but substituting them for originator biologics, according to Sonia T. Oskouei, PharmD, BCMAS, DPLA, vice president of Biosimilars at Cardinal Health.

Biologics spending predominates over small-molecule drugs in oncology, antidiabetics, and immunology, so there is an outsized potential for biosimilar growth in those classes of drugs, Oskouei said at the Association of Community Cancer Centers (ACCC) 47th Annual Meeting & Cancer Center Business Summit, March 1-5, 2021.

Filgrastim biosimilars were introduced to the US market in September 2015 and have achieved a 90% share of the market for this agent, which is used to boost white blood cell count following chemotherapy, Oskouei said. Bevacizumab biosimilars entered the market in July 2019 and now command a 59% share of their respective market. Bevacizumab is used for treatment of ovarian, cervical, renal, non–small cell lung, and colorectal cancers, among others.

Trastuzumab, for breast, stomach, and esophageal cancers, entered the market in biosimilar form in July 2019; these biosimilars now have a 43% share of their respective market. The comparable date and market share for rituximab, for autoimmune diseases and cancer, are November 2019 and 48%, respectively, according to Oskouei.

“The vast majority of biosimilar experience in the United States is in the oncology space currently. Just in December we had a fourth pegfilgrastim biosimilar become available and in January 2021 we had a third rituximab bisosimilar” enter market, Oskouei said.

Pegfilgrastim biosimilars, with 31% market share in the United States, have achieved the lowest share among biosimilars in oncology, although this is partly attributable to the Neulasta Onpro, a reference manufacturer product that offers the convenience of home-based injections.

In the 2020 survey, 72% said they would feel comfortable with switching patients from one biosimilar to another for the same condition. “That, again, highlights the sense of comfort that has developed with the FDA approval process and the scientific rigor that goes behind extrapolation and approving biosimilars as highly similar to reference biologics,” Oskouei said.

For more coverage of this year's ACCC meeting, click here. 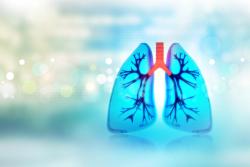