Evidence Supports the Use of Anti-TNF Biosimilars for IBD, Review Says

Because of the high cost of biologics, the authors recognized a need to provide access to evidence-based information on biosimilars for healthcare providers working with patients with inflammatory bowel disease.

The use of originator infliximab (Remicade), the first anti-TNF biologic approved in 1998, and additional anti-TNF drugs was found to improve outcomes and reduce the requirement for surgical interventions in patients with IBD compared to previous therapies. As a result, anti-TNF drugs are now the major drugs utilized for moderate to severe cases of ulcerative colitis (UC) and Crohn disease (CD), collectively known as IBD. These chronic, relapsing inflammatory conditions of the gastrointestinal tract compromise quality of life in patients and account for substantial healthcare expenditures. The proportion of patients with IBD is projected to increase, leading to increased costs.

Because of the high cost of biologics, the authors recognized a need to provide access to evidence-based information on biosimilars for healthcare providers working with patients with IBD.

The most widely studied biosimilar in IBD is the infliximab biosimilar CT-P13 (Remsima), approved in 2013 in Europe and 2016 in the United States. The authors note the strengths of the evidence demonstrating equivalence, in particular a 2019 equivalence study on patients with CD that used a stricter equivalence margin than that required by regulatory agencies.

The authors acknowledge that in one switch study, the evidence on CD slightly favored remaining on the originator; furthermore, in a non-inferiority trial differences in effectiveness and immunogenicity between groups did not reach statistical significance but could potentially be clinically significant. However, they contend the evidence overall from switch studies supports the safety and effectiveness of a single switch from the originator to CT-P13.

Extrapolation of evidence from other indications

European Union patents on adalimumab expired in October 2018, and thus far, according to the authors, there have been no studies published on adalimumab biosimilars in patients with IBD.

They acknowledge physicians and patients may have concerns about biosimilars that have been investigated only in conditions other than IBD. They note that regulatory agencies encourage extrapolation to other conditions; regardless of the particular illness, the drug has the same mechanism of binding TNF-alpha, and therefore, the authors say, extrapolation is reasonable.

Physician and patient acceptance of biosimilars

The authors’ suggest physicians take an evidence-based approach to biosimilars, taking into account the cost savings, the regulatory process, the amount of evidence required for a biosimilar to gain approval, and the published evidence on effectiveness and safety of the biosimilar before preferentially prescribing the reference product.

Finally, the authors recognize that strategies to address patient concerns and prevent failures due to the nocebo effect are needed. Initial management of the patient’s expectations by physicians, nurses, pharmacists, and other providers, is essential to minimize the nocebo effect. 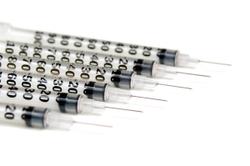