With positive phase 1 study results and a manufacturing process that may cut costs significantly, BiosanaPharma hopes its omalizumab biosimilar candidate will have an edge on the worldwide market.

BiosanaPharma has announced successful completion of a phase 1 clinical study for a biosimilar to omalizumab, which in the United States is FDA approved for the treatment of asthma and chronic idiopathic urticaria and marketed as Xolair.

BiosanaPharma, a biotech with operations in Australia, The Netherlands, and Singapore, said the study of biosimilar candidate BP001 in healthy volunteers (N = 84) demonstrated bioavailability, safety, tolerability, and immunogenicity similar to what has been shown by reference omalizumab.

BiosanaPharma said its phase 1 study supports further clinical development of BP001. The company added the next step will be a phase 3 study comparing BP001 with the originator in patients with allergic asthma. This study scheduled to begin in early 2021.

Xolair, marketed by Novartis and Roche since 2006, is the only approved product containing omalizumab. BiosanaPharma hopes to carve out a portion of the annual sales of Xolair, which it estimated at $3.2 billion in 2019. Xolair is delivered via subcutaneous injections.

The company may find itself with plenty of competition if its product makes it to market.

Celltrion also hopes to grab a share of the Xolair market. In July of 2019 the company announced plans to start a phase 1 trial of the omalizumab biosimilar candidate CT-P39.

Glenmark Pharmaceuticals completed a phase 1 trial of an omalizumab biosimilar (GBR 310) in 2018. Results indicated similarity to the reference product, the company said.

Also, Sorrento Therapeutics is developing STI-004, a biosimilar to the omalizumab reference product.

Omalizumab lost patent protection in the United States in June 2017, and in Europe in August 2017. Novartis is fighting back against encroaching challenges. It won FDA approval in 2018 for a pre-filled syringe formulation of omalizumab; and Novartis has worked to expand indications for the product.

BP001 is produced using what BiosanaPharma described as the world’s first continuous process for manufacturing monoclonal antibodies (mAb), which the company contends can reduce production costs by up to 90%.

“We are very proud that we now have successful phase I results for our first biosimilar product. This validates our use of fully-continuous manufacturing for biologics and allows us to move forward in our quest to deliver low-cost mAb biosimilars,” said Ard Tijsterman, chief executive officer of BiosanaPharma.

Omalizumab is an antibody targeted toward free Immunoglobulin E (IgE); it is used to improve the control of severe persistent asthma that is caused by an allergy, and chronic spontaneous urticaria in patients with elevated IgE who do not respond to treatment with antihistamines.

BiosanaPharma has developed what it calls a proprietary “3C” technology platform that is highly productive and flexible and able to produce 1 kg of drug antibody per week at a 50 L bioreactor scale. The manufacturing process is continuous. This, the company said, has the potential to make biosimilars and other products more affordable.

The omalizumab biosimilar candidate is the company’s first product.

“At BiosanaPharma, we believe in rationalizing the market for mAbs and mAb biosimilars. The key parameter to achieve this goal is costs, and the winning strategy will be to reduce costs, from manufacturing to distribution,” the company states.

Contributor: The US Biosimilar Market Outlook for 2023 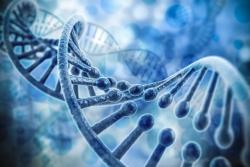