Although a more costly medicine, obinutuzumab proved more cost-effective over the long run than rituximab biosimilars in follicular lymphoma.

Frontline use of rituximab biosimilars plus chemotherapy in patients with follicular lymphoma (FL) is more costly than a regimen of obinutuzumab (Gazyva) plus chemotherapy, investigators reported, based on a decision-analytic modeling study.

The study was conducted by assuming biosimilar rituximab agents were used in place of reference rituximab in the GALLIUM trial, which evaluated originator rituximab (Rituxan) vs obinutuzumab, both in conjunction with chemotherapy in the upfront setting. Rituximab is an older therapy, approved for first-line treatment of FL in 1997, and obinutuzumab was approved for advanced untreated FL in 2017.

GALLIUM provided evidence for longer progression-free survival (PFS) for patients with untreated, advanced FL who received the obinutuzumab regimen (G+chemo) vs the rituximab regimen, although grade 3-5 adverse events were more numerous with obinutuzumab. The 3-year PFS results from GALLIUM were 80.0% vs 73.3% for patients on G+chemo vs the rituximab regimen, respectively (HR 0.66; CI, 0.51-0.85; P = .001).

Investigators used GALLIUM as a model to evaluate potential savings and improvement in quality adjusted life years (QALY) for the rituximab biosimilars Truxima (Ra+chemo) and Ruxience (Rp+chemo). In the context of QALYs gained and cost savings that accrued from delayed disease progression, G+chemo proved to be the more cost-effective treatment, they said.

The model suggested that G+chemo would result in longer PFS and overall survival vs the rituximab biosimilar–based regimens (Table). Although the overall cost of rituximab-biosimilar plus chemo options was less than for G+chemo, the incremental cost effectiveness ratio (ICER) for G+chemo was within commonly accepted thresholds for cost-effectiveness.

“Our results from the model indicate that G+chemo continues to offer good economic value, including improved patient outcomes, compared with R+chemo or equivalents based on rituximab biosimilars, and that value-based policy decisions should consider G+chemo as standard of care for patients with untreated FL,” the authors wrote.

A chief factor driving the cost-effectiveness outcome for G+chemo in GALLIUM was the “significant and clinically meaningful difference in PFS,” which the authors noted contributed to the additional QALYs deriving from use of this regimen.

Second, although the incremental costs of G+chemo vs Ra+chemo ($26,978) and Rp+chemo ($21,562) were higher, these differences were not high enough to undermine willingness to pay for the higher cost treatment, based on QALY thresholds. By contrast, in the original GALLIUM trial, the ICER for G+chemo vs the originator rituximab product plus chemo was $2300.

In addition, a cost savings of $7050 was attributed to the delay in disease progression afforded by G+chemo regimen. 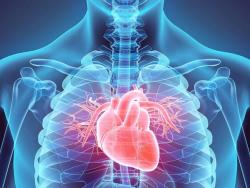