Ruth O’Regan, of the University of Wisconsin Carbone Cancer Center, discusses improving the patient discussion on biosimilars, in an interview.

Having 5 trastuzumab biosimilars with indications for HER2-positive breast cancer or metastatic gastric or gastroesophageal junction adenocarcinoma illustrates the increasing role of these more cost-effective treatments.

Ruth O’Regan, MD, believes the evidence indicates these agents are similar in efficacy and safety to the originator drugs, and for this reason they should be employed more often by providers and patients.

In a recent interview, O’Regan discussed access to biosimilars, the provider-patient conversation about using these drugs, and education issues that must be surmounted.

Currently, much of the power over drug choice belongs to payers, she said. “At the end of the day, we don’t make the decisions on which drugs to use.” She said she’s confident that payers will naturally be interested in biosimilars because they offer potential savings and, for this reason, biosimilars are going to become more and more available. She anticipates that at Carbone biosimilars are going to have a “very profound effect” on the costs of care.

For reasons of cost, it may be preferable to switch patients from more costly reference drugs to biosimilars. “They may be apprehensive to go on an alternative drug. However, we may have no option. We’re developing educational information for the patients so that they understand these drugs are essentially the same,” O’Regan said.

Talking to Patients About Biosimilars

Knowing how to discuss biosimilars with patients is, therefore, important, she said. For starters, patients should be told that these drugs are the same, essentially, and that they cost less. Although biosimilars are intravenous formulations and look different from generic pills, for example, patients should know that there is no reason to believe that they wouldn’t be just as effective, she said.

“We need to reiterate that these drugs have been tested and they look exactly the same as the parent drug,” O’Regan said.

For patients just starting out with treatment, there’s likely to be less resistance to initiating with a biosimilar. “For patients with metastatic disease who are very dependent on [reference] drugs and have been doing well, it may be a little trickier.” In such an instance, bringing the pharmacist into the examination room to help explain that biosimilars are equivalent may be a useful strategy, she said.

The National Comprehensive Cancer Network (NCCN) has been a helpful advocate for biosimilars for several years now, O’Regan said. “This is very much on their radar. What the NCCN recommends will impact what is being done on a national level.”

The full interview with O’Regan is here. 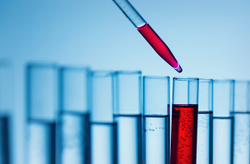