The number of patients with Crohn’s disease who receive biologic therapy is strongly correlated with the gross domestic product in 10 European countries, according to a recent analysis.

The number of patients with Crohn’s disease (CD) who receive biologic therapy is strongly correlated with the gross domestic product (GDP) in 10 European countries, according to a recent analysis published in the September 2017 issue of the World Journal of Gastroenterology. Authors Martá Péntek, MD, PhD, and colleagues with the Crohn’s Disease Research Group in Hungary note that the high price and budget impact of biologics has led most countries to regulate reimbursed treatment, and differences in regulations have caused disparities in access to these drugs, even among European countries with similar economic situations.

The study was based on a questionnaire survey of gastroenterologists, combined with a literature-based research conducted in May 2016. Both data sources provided information on the availability of originator biologics and biosimilars, reimbursement criteria, clinical practices, prices, and use of originator biologics and biosimilars in the Czech Republic, France, Germany, Hungary, Latvia, Poland, Romania, Slovakia, Spain, and Sweden (all nations with socialized or partially socialized health systems). At the time of the survey, infliximab and adalimumab were reimbursed in all 10 countries, and vedolizumab was reimbursed in 5. Biosimilar infliximab products were available in some countries, but regulations and restrictions guiding their use varied.

Péntek and colleagues studied the influence of the following factors on access to CD treatment with biologics—originators and biosimilars:

The study found differences in how the 10 countries addressed reimbursement criteria and costs. For example:

The study authors note that the 10 countries differ not only with respect to their economic development but also the ways in which they organize and finance their healthcare system, which can influence access to biological treatments. Although access to originator biologics and biosimilars was strongly determined by the economic development of the country, the differences found cannot be entirely explained by the availability or affordability. Therefore, the authors recommend further exploration of the issues the guiding acceptance of and attitudes toward biologicals. 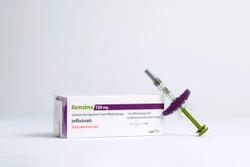